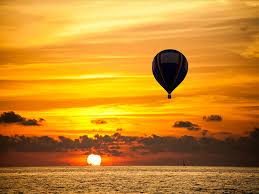 He attended Lincoln Heights High School where he played basketball.  He was also a little league hardball player where he played catcher. Willie served in the US military.  He joined Lincoln Heights Missionary Baptist under the leadership of Pastor Freddie T. Piphus who later became pastor of Zion Global Ministries.   Willie was a faithful, loyal and devoted member of the church.

In 1983, he married the  love of his life, Esther Williams and became a proud father to John, Jason and Aaron. He was so proud of his sons and grandchildren’s athletic and life accomplishments. He enjoyed going to all of their sporting events. He was their biggest fan and loudest supporter. He and his lovely wife, Esther loved to travel and go to family reunions. They traveled until her departure in March of 2019.  Willie was an amazing husband and father; there was nothing he wouldn’t do for his family. He was an amazing family man.

He was a true Princeton High School fan. He attended as many football and basketball games as well as track meets that he could. If you were at a Princeton game, you would hear Willie.  Any and all occasions,  Willie was there to support. He was famous for his cameo appearances; he would be in and out, but he would always show up.  Willie bridged the gap between both sides of his family, the Jackson/Allen and the Stinsons.

He was a friend to all, a jokester that kept everyone laughing with his loud voice.

He was preceded in death by his parents, Willie Stinson, Sr. and Lucy Stinson; his son, John Williams; his wife, Esther Stinson, and his sister, Shirley Stinson.

Willie departed this earthly life on June 30, 2021 to be with the Lord and reunited with his Love, Esther.

To send flowers to the family or plant a tree in memory of Willie Stinson, please visit our floral store.