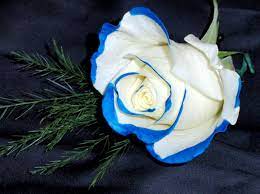 Leroy D-Juan Robinson born March 6, 1980 in Dayton Ohio. He was the oldest son of Gloria Walker Martin and Leroy Robinson. He passed away at Grandview Hospital on June 13, 2021 at 8:00 pm.

He was in the class of 1995 at Dunbar High School but got his GED in 1996. While at Dunbar he played varsity football.

Leroy was preceded in death by his father Leroy Robinson, his brother Robert (Bobby) Martin, his grandmothers, Carrie Robinson and Martha Walker, three aunts, one uncle, James Walker and some cousins.

To send flowers to the family or plant a tree in memory of Leroy Robinson, please visit our floral store.