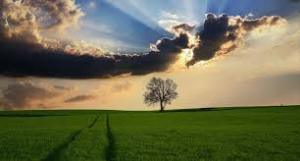 Jonathon "Boe" William White, age 61, passed on April 11, 2022 at Miami Valley Hospital with his beloved family by his side.

Jonathon was born in Dayton, OH on June 1, 1960. When he met the love of his life, Loretta White (née Tooson), he boldly proclaimed she would be his wife. He was right. Over the 43 years they spent together, he and his wife built a beautiful family and enjoyed a marriage forged in faith and fire and fortified by God. The fruits of their love include his two children, Jonathon William White II (Ericka Mitchell, fiancé) and Jonetta White (G. Christopher Fullman, fiancé), and his three grandchildren, Jadyn, Paityn, and Dezmyn White.

Although his legacy is rich and storied, one key theme of his life is that God's love will always follow and shield you no matter where you are. With more than 20 years of sobriety, he was a proud member of the West Dayton Club and Dayton Fellowship Club. He served as a sponsor to many and an example to all that you should “keep coming back; it works if you work it.”

Jonathon was a valiant champion for the rights and advancement of all people in his personal and professional lives. He began his career as a construction laborer and member of Laborers’ Local 1410 in 1979. Later, Jonathon earned a role as Sergeant at Arms for the Local 1410 and ultimately retired from Laborers’ District Eight Regional Organizing Committee (DEROC) where he worked as a union organizer. Upon his retirement, Jonathon and his wife co-founded a construction company, White & White Construction, LLC, which created stable job opportunities for all kinds of people, especially minorities and those in need of a second chance at life. Furthermore, Jonathon was an active member of the NAACP and a stalwart supporter of the organization’s advocacy work as well.

Jonathon often credited his relationship with God as being foundational to his success in his sobriety, career, entrepreneurial endeavors, and more, and he was a committed member of Power for Life Ministries International based in Byron, GA under the leadership of Apostle Jerry and Prophetess Dr. Cheryl Marks.

Jonathon brought people together; he made them laugh and feel safe to be themselves. He was a vibrant soul, loyal friend, and a fierce protector of those he loved. While his physical form no longer tarries, his legend is immortal.

Jonathon is preceded in death by his father and mother, William and Ruby Lee White (née Davis), and his brothers, Arthur (Betty) Worlds and Willie White, Jr. In addition to his wife, son, daughter, and grandchildren, he is survived by his brother, Jerry (Anita) White; his niece, Natasha White; his nephews, Michael White-Sloan (Monique Byrd, fiancé), Jerry White, Jr., and Corey White; and his great nephews, Terry Talbott, Jr., Terrence Talbott, Michael White-Sloan, Jr., and Mason White-Sloan. He is also survived by six sisters-in-law; three brothers-in-law, and a host of cousins, nieces, nephews, and friends.

Jonathon's celebration of life will take place on Saturday, April 23rd. It will begin with a viewing at 10:00 AM and funeral service at 11:00 AM, both held at Donald Jordan Memorial Chapel | 4882 Germantown Pike Dayton, OH 45417. His interment will be held immediately following the funeral service at West Memory Gardens | 6722 Hemple Rd, Moraine, OH 45439. Finally, a repast will be hosted at All In Banquet Hall | 51543 Alwildy Ave, Dayton, OH 45417.

To send flowers to the family or plant a tree in memory of Jonathon "Boe" White, please visit our floral store.