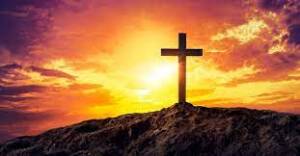 Charlie was a young child when the family relocated to ”The Arkansas Delta” in the City of Lake Village, Arkansas. Charlie’s father was a sharecropper who owned a farm in Lake Village, Arkansas. As Charlie Jr. matured, he gained a passion for the art of gardening, how to care for farm animals, and assisted the family with “making a living” by “picking cotton” also maintaining school lessons. As a young teen, Charlie Jr. accepted Christ, and joined the Woodson Temple Baptist Church in Lake Village.

In 1944, Charlie Jr. moved with his parents and siblings to Pine Bluff, Arkansas. Following his parent’s teaching, he became a member of the Mt. Calvary Missionary Baptist Church, attended school and worked various jobs as a teenager.

In the late 1940’s, with his parent’s blessings and a gift of “$5.00” Charlie boarded a bus and relocated to Wyoming, Ohio at the age of seventeen. He was invited to share the home of Albert and Octavia Cornist and their children Albert Jr, Ada Lee and Freddie who had roots in Arkansas. He also shared the home of Henry and Etta Buckhanan and their daughters Jean and Beverly in Lockland, Ohio briefly before departing for the military.

Charlie enlisted in the United States Army in 1952, he attended boot camp at Camp Breckenridge, Kentucky. Charlie's MOS was as a Carpenter, and he was a member of the 101st Airborne Division. Charlie served a tour in Germany and was active during the Korean War Conflict. Charlie would often tell his grandson Reginald "Reggie" Fletcher stories about his trip across the Atlantic Ocean via a transport ship. Charlie would expound on how he visited various locations in Europe. France, Germany and his favorite The White Cliffs of Dover which is the region of English coastline facing the Strait of Dover and France. Charlie received an Honorable Discharge after successfully completing his enlistment in the US Army.

After completing his enlistment in the United States Army Charlie was enjoying a movie at the local theater "The Roxy", while there he was introduced to "the young lady working at the ticket counter," Florence Marie Broady, which resulted in love at first sight. On October 29th, 1953, Charlie and Florence were united in Holy Matrimony. To this union were born, two daughters: Cynthia Marie and Donna Maria. Through his daughter Donna Maria Fletcher, Charlie was able to extend the love and support of a father to his grandson Reginald “Reggie” Fletcher.

Charlie was employed at the Stearns and Foster Mattress Company and Avon Products, where he retired. After retiring, Charlie continued to work part-time for “Big Lots.” Charlie also enjoyed gardening, where he cultivated: collard greens, tomatoes, squash, green beans, okra, watermelon, and many more fruits and vegetables annually.

Charlie joined the Lincoln Heights Missionary Baptist Church in 1948 under the pastorate of Rev. R.D. West. Charlie continued to serve the Kingdom of God under the spiritual guidance of B.W. Smith, Jethro Hill, Lloyd C. Williams and Pastor Freddie T. Piphus. During the years of the mid 1960's and the peak of the Civil Rights Movement Charlie marched with local ministers such as B.W. Smith, Otis Moss and  Fred Shuttlesworth advocating against racial injustice locally and nationally. He also served faithfully as a Trustee and as an Usher. Charlie eventually served in the role of President of the Usher Board as well. Charlie also volunteered as an Outreach Worker by delivering food from local grocers to the senior and homeless communities weekly for many years after retirement. In 2016 Charlie joined Zion Global Ministries under Pastors Freddie and Marsha Piphus. Charlie enjoyed attending Zion Global Ministries until the end of his life.

Those left to cherish his memory include his daughter, Donna Howard and his son-in-law David Howard; his grandson, Reginald Fletcher l; his great grandsons, Reginald Fletcher ll and Charles Allen Fletcher; his brother, Keith Fletcher; his sister- in-law Ella Waller, and a devoted friend, Ruth Sanford as well as a host of adopted godchildren, nephews, nieces and friends.

To send flowers to the family or plant a tree in memory of Charles "Charlie" Fletcher, Jr., please visit our floral store.

A Memorial Tree was planted for Charles

We are deeply sorry for your loss - the staff at Hamilton

Join in honoring their life - plant a memorial tree