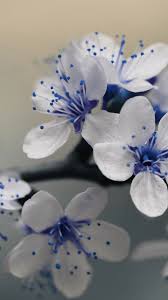 Betty Jean Ligon-Parks was surrounded by all of her loving children and family when she transitioned from this life to be in the presence of the Lord on July 9, 2021.  She was born March 15, 1937 in Switzer, West Virginia to Willie Floyd and Eula Bea Ligon.  Sometime after, the family relocated to Dayton, Ohio where her parents discovered that Betty at the age of 3 was a gifted child--she could play the piano by ear.  Betty's musical talent was further developed under  watchful eyes of her parents and christian upbringing.  As she grew in Christ, Betty dedicated her life and musical gifts to the service of God.  As a young child, Betty played for many choirs at Mt Paran Missionary Baptist church and at the age of 16 she became the Minister of Music for Mt. Paran's Adult Choir.  Betty has served as a Minister of Music for many churches, such as,  Freedom Faith, First Genesis, and Harvest Grove Missionary Baptist Churches.  Her musical ministry culminates well  over 68 years of dedicated service to Christ.  Betty also used her gifts to teach others to sing in a harmonious sound.  She influenced, coached, and accompanied many of Dayton's local gospel singers,  singing groups,  and quartets.  She was also a member of the Sweet Chariot and the Sweet Chariot Reunion Choirs. Her dedicated and devoted service went beyond the sanctuary.  Betty was instrumental in the educational development of many students of all ages who attended the  Dayton Public Schools. Her charisma, wisdom, and love for others, cultivated and inspired many generations of students to excel and take pride in themselves.   Betty worked for the Dayton Public School system for well over 45 years. Betty is preceded in death by her parents; Willie Floyd & Eula Bea Key-Ligon,  Sisters: Selma L. Lucas, Alberta Burch, Sons: James Henry Parks III & Dwayne Raynard Parks and daughter: Beverly Denise Parks-Tory.  She leaves to mourn her memory 5 daughters: Cynthia (Maurice) Gover, Kimberly Parks-Tabor, Cyd C. Parks, Elizabeth (Royce) Gates, Lisa Connors, daughter in-law Vicki Parks, 3 sons: Phillip W.F.(Angelia) and Terry A. (Lisa) Parks and special son Joel (Valorie) Harris, Grand Children (28), Great GrandChildren (41), Great Great Grands (8). Numerous nieces, nephews, cousins and special cousins Alberta Montgomery & Earnest Warren.  Special friends: Peggy Burks, Saundra Burks, Barbara Flammer and Herman Williams.  And most of all her church family, Harvest Grove.

To send flowers to the family or plant a tree in memory of Betty Jean Parks, please visit our floral store.