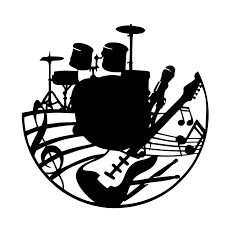 At the age of 21, he met his wife, Carmen Luz Morales from whom he had four children; Ángel David, Jessica, Sheila and Isaura. He also had a granddaughter, Kamila.

At the age of 29, they began to visit the church knowing that the Lord was their Lord and Savior.  Accepting the call and serving him with his family, becoming a priestly family after several years, he recognized that it was not enough just to worship him, but the world had to know his savior and that he should give by grace what he had received by grace. He became  an evangelist in his hometown and neighboring towns, having for many years one of the most impressive ministries carrying the gospel and uniting the body of Christ with the church.

In 2006, he moved to the United States with his family to continue with his call and thus he established himself giving everything he had not only to his family but to everyone that the eternal allowed him to know.  Working with many pastors in the area of ​​the Hamilton and Butler counties, Who was Angel David A Nato worshiper and percussionist where he never had to take class to worship the lord through music with an exceptional singing gift.

A loving son, an unconditional brother, an overly, provider husband doing whatever it takes to bring bread to the table at home. He was affectionate, loving, thoughtful, avant-garde, and visionary. He as a father, uncle and loving brother-in-law, an important person who knew how to listen, who allowed them to share experiences, giving them so many life lessons, making them better people.

To send flowers to the family or plant a tree in memory of Angel David Diaz Gual, please visit our floral store.